Play a Part in Our Success

As a professional not-for-profit theatre, Third Avenue Playhouse relies on the support of our friends and patrons. Ticket revenue accounts for approximately 40 percent of our budget. The remaining 60 percent must come from contributions and donations. When you make a gift to TAP, your support makes it possible for us to bring an exceptional theatre experience to Door County audiences all year long.

Yes! I want to make a donation to Third Avenue Playhouse.

Every contribution made, whether $5 or $5,000, will ensure that we can continue to provide our audiences with theatre that is thought-provoking, intimate and real. Donor Levels are as follows:

Third Avenue Playhouse has established a reputation as one of the finest professional theatres in the region. TAP’s artistic programs give sponsors broad and premium visibility through media placement and direct marketing, as well as generous ticket and hospitality opportunities. Third Avenue Playhouse will customize a sponsorship or underwriting opportunity based upon your marketing and community outreach goals.

Sponsorships are a wonderful way for businesses and individuals alike to support a valuable Door County cultural institution. Help us keep ticket prices low and production quality high by considering one of our various sponsorship opportunities. For more information, please contact, Amy Frank, Managing Director, at 920-743-1760 or amyf@thirdavenueplayhouse.com

Generally, planned gifts to TAP are invested in the Third Avenue Playhouse’s Endowment. This ensures long-term stability for TAP, giving the theatre a permanent foundation on which to continue its excellence in programming and enhance its already outstanding facilities.

PLANNED GIVING IS AN EXCELLENT WAY TO MANAGE YOUR ESTATE CONCERNS.

The Door County Community Foundation provides information to assist in learning about the many options available to supporters of Third Avenue Playhouse.

We’re honored to introduce the Arthur “Doc” Hopper Memorial Internship Fund in loving memory of Doc, a veteran stage director, founder of the UW-Stevens Point Musical Theatre Program, and TAP friend and advisor. This fund will help our Internship program to continue thriving and growing.

We are especially proud of our track record of inviting former interns to return to TAP as professionals in acting, design, and stage management. Like Doc, TAP is committed to the nurture of emerging theatre artists.

A native of Birmingham, Alabama, Doc served in the U.S. Army before attending Birmingham Southern College and the University of North Carolina. He received his doctorate degree from Indiana University in 1968 and led theatre departments at Indiana State University and Millikin University, where he established the first musical theatre BFA degree program in the Midwest.

In 1984, Doc became chair of the Department of Theatre and Dance at UW-Stevens Point, a position he held until his retirement in 2000. Under his leadership, it was the first theatre department in Wisconsin to receive accreditation by the National Association of Schools of Theatre. In 1994, the American College Theatre Association selected Arthur as one of the 10 outstanding educational theatre directors in the country.

During his highly regarded career, he directed over 150 plays and more than 30 musicals. In 2005, he and his wife, Dee, moved to their beloved Door County, where they both remained active in the arts. Arthur was an avid watercolorist who found much joy in friendships, sports, travel, charitable and social activities. 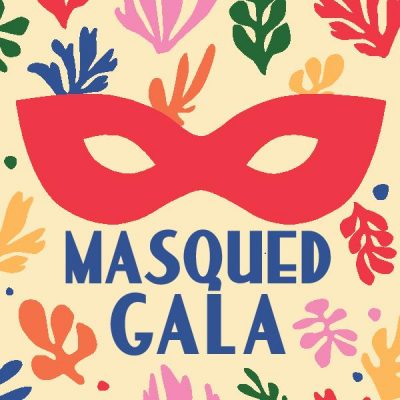 Each year, Third Avenue Playhouse produces a beautiful, FULL-COLOR Program Book full of information about our theater, the season shows, actors, donors, and much more. We invite Door County business owners to partner with us by placing an ad in our Program Book.  Your ad will not only give your business repeat exposure to over 5,000 audience members and it also helps ensure that TAP can continue to produce professional theatre at affordable prices YEAR ROUND to the Door County community and its visitors for years to come.

Our patrons often ask us…

We make HUNDREDS of referrals to our BUSINESS PARTNERS every month. Plus, many audience members take their Program Books home with them.

We know you have many opportunities to support the organizations, events and causes you care about. With good reason, you make your decisions carefully and with good information at hand.

With this in mind, we’ve created an FAQ to address some of the most frequent questions we are asked about donating to Third Avenue Playhouse.

I support TAP by buying tickets, why should I also donate?
Only 57% of TAP’s total budget comes from ticket sales – Individuals, corporations, foundations, and government support make up the remaining 43%. It is only through the support of donors that TAP can continue to bridge the gap between ticket sales and operating costs.
Why doesn’t TAP just cut expenses and cover costs with ticket sales?
Without donations, TAP’s tickets would cost one third more and force many patrons to abandon going to the theatre. Other educational programs would also have to be cut back or even eliminated.
Where does my gift go?
Whether it be the professional actors, the nationally prominent directors and choreographers, or the scenery and costumes designed and constructed in TAP’s own shop – every dollar of your contribution goes directly to what you see on stage.
Is my donation tax-deductible?
Certainly. Your gift is deductible to the full extent allowed by the law. You will receive an acknowledgment letter and receipt from TAP.
How do I make a gift?
Nothing could be easier! Simply call us at 920-743-1760.

Please email to request additional materials, or to contact the TAP staff at 920-743-1760. We’d welcome the chance to discuss your support.

Thank you so much for your kind support of TAP!

TAP is a 501 (c) 3 organization and your donation is tax deductible.
Our legal name is Third Avenue Playhouse, Inc.
Our legal address is P.O. Box 843, Sturgeon Bay, WI  54235
Many U.S. companies offer matching gifts to non-profits; check with your company for availability and details.